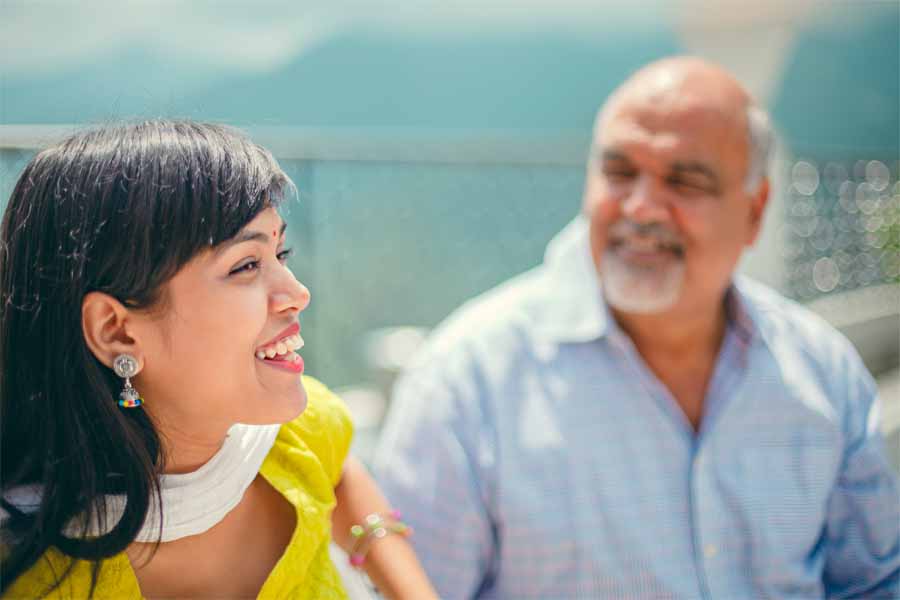 Adolescent  years can be difficult for many families. Young people may develop ideas, values and beliefs that are different to those of their parents. This is part of the normal process of moving towards independence. Parents may struggle with how much independence they should allow their children at different ages and in different circumstances.

There is no one-size-fits-all solution for this situation which every parent will face . Each young person is an individual and needs different advice. Communication with teenagers is different from communicating with younger children and can cause conflict and stress.

If you follow some simple tips, it may help improve communication with your teenager. However, always seek professional advice if you are concerned about your family relationships.

Issues that can affect communication with teenagers

Adolescence is a time of rapid change, not just for the young person but for the parents too. It might be hard to let go sometimes, but parents need to recognise that:

The most important thing is to keep the lines of communication open. Suggestions include:

Conflict is inevitable when people with different views live together so the occasional clash with your teenager is normal and to be expected. However, ongoing conflict can undermine the relationship between a parent and a young person.

Update your opinion of their rights and freedomsToggle Title

You need to willingly give teenagers the right of more freedom when they are ready to behave responsibly. For every right they gain, there is a responsibility that goes with it. Suggestions include:

Take the time to listen – you may be surprised how much teenagers will confide in you if they feel they are really being listened to. Suggestions include:

According to teens here are some common reasons for miscommunication between you and your teen and some advice on how parents can communicate effectively with teens.

1. Teens live in the present- It’s essential to understand that at least some of what is going on here is a developmental thing. The pre-frontal cortex part of their brain linked to planning and scheduling, is still under construction in the teen years.

For adults, a child’s behavior from two weeks ago is still relevant, but in the teen’s perception, they have moved on. Two weeks ago might as well have been a year ago!

Likewise, when we bring up the future, as in, “How are you going to get into college with grades like that?”, it’s falling on deaf ears. When you try to motivate a teen by referencing how their future selves can be improved, expect an eye-roll, or be told to back off.

If you want to communicate better, realise that your teen does not live on the same timeline as you do. You need to see the beauty in their vibrancy and  join them in their timeline now and then.

If not, do your best to keep things concrete and in the here and now. Talk about this week and maybe next.

2. Teens are ruled by emotions- In the adolescent years, teens are governed by the emotional structures of the brain housed in the amygdala.

Without a developed, rational prefrontal cortex to keep the amygdala in check, emotions run high.

Brain scans show us the impact that this “voice” has on teens. When presented with a stimulus that is unremarkable in both children and adults, the teen amygdala lights up. Where we hear a chime, they hear a gong.

3. Teens are incredible observers and terrible interpreters- Teens notice subtle body language and change in tone, but because their brains are on high alert, they tend to misinterpret the meaning.

One parent said to her daughter, with maybe a hint of concern, “Who is driving to the concert?” and her daughter responded, “Why don’t you trust me?!” She detected something in her mother’s tone, but she jumped to the worst conclusion.

Judgment speaks louder than any praise. By not being judgmental, parents can communicate with teens better.

4. Parents fail to make the transition from caregiver to coach- When kids are young, it’s easy to communicate as an authority. You are the caregiver who protects them and teaches them how to be in the world.

But adolescence marks the beginning of a change in relationship, where your kids want independence and equality. When we communicate with teens as if they are young children, they may say things like, “You are such a control freak!” Or, they may stop talking to us at all.

To avoid this communication trap, check yourself. Are you making assumptions about your teen without asking them to weigh in?

If so, try framing your communication with phrases like, “I’m curious about your take on this.” Or, instead of assuming they need your help on homework, you can ask, “Do you need my help with anything?”

5. Parents ask the wrong questions- Some teens complain that the adults in their lives, from their parents to guidance counselors, often ask, “Are you okay?” They feel like something is wrong with them and their peers that they aren’t seeing.

It’s probably that the  Adults are stressed out, and that stress is passed along to their children without the parents even realizing it.

When a group of teens was asked what kinds of questions they want to be asked and here is a good answer: “When I hear my mom talk to her friends, she asks questions that are related to what her friend said.”

Teens want to be conversed with, not probed. Asking the right questions will help parents communicate with teens better according to teens.

6. Parents forget what it’s like to be an adolescent-  The desire to help and fix problems comes from the part of a parent who wants to protect. But to a teen, it’s perceived as a lack of trust or faith.

If your teen is doing okay enough, but his ways are less than optimal, leave him be. You need to acknowledge that his approach is working for him right now.

Now that you know what causes communication problems with parents and teens, you can shift even one of these habits. Your teen is under construction in almost every way, so this is why people may suggest not to take their behavior personally.

Use a teen’s ability to live in the moment to your advantage. If you are guilty of some of these communication misfires, it’s not too late to change them. Two weeks from now, they won’t remember your old ways!

There are services available to help you and your teenager to work through difficult issues. Your doctor is a good starting point for information and referral.