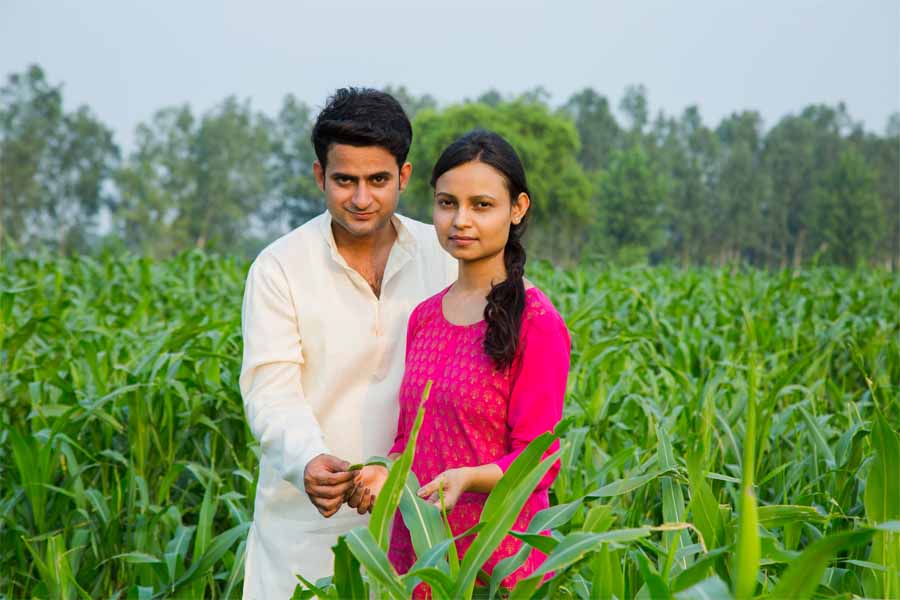 Changes in physical and thinking development during adolescence comes with big changes in your relationships with family and friends.

Family relationships are often reorganized during this time. Teenagers want more independence and more emotional distance between them and their parents. Their focus often shifts to social interactions and friendships. This includes same-gender friends, same-gender groups of friends, and cross-gender groups of friends. Sexual maturity triggers interest in emotional attachment and sexual relationships.

Changes in relationship with self

During the teen years, a new understanding of yourself occurs. This may include changes in these self-concepts:

This increased vulnerability and intimacy requires greater trust among peers. Thus, during the adolescent years, teen peer groups become increasingly important as teens experience more closeness in these friendships and more gratifying relationships with their peers as a result. Teens now turn to one another, instead of their families, as their first line of support during times of worry or upset. This increased reliance on friendships is yet another way that teens demonstrate their growing independence.

Acceptance by a peer group becomes so important that teens may modify their speech, dress, behavior, choices, and activities in order to become more similar to their peers. This increased similarity among peers provides them a sense of security and affirms their acceptance into their chosen peer group. When teens modify their choices or behavior in order to conform to what their friends are doing, it is peer pressure. Peer pressure is often associated with negative outcomes such as not attending school, wearing fashionable clothing, or alcohol and other drug use. However, many parents do not recognize that peer pressure can also exert a positive influence. Because of advanced cognitive and emotional maturity, teens can now encourage each other to make wise decisions, and discourage each other from making harmful choices.

Since it is important for youth to “fit in” with their peer group they may also decide to participate in the same hobbies or activities as their friends. This enables them to spend more time together and to bond over shared experiences. In general, teens will gravitate toward peer groups with whom they share common interests and activities, similar cultural backgrounds, or simply a similar outlook on life. But oftentimes, as teens experiment with their identity, they may be attracted to peer groups with very dissimilar interests.

Adolescent peer groups are quite a bit different from the typical circle of friends that are characteristic of younger children. For instance, adolescent peer groups are closer and more tightly knit. This increased group cohesion is due to the changing quality of teens’ relationships. The increased vulnerability and emotional closeness of adolescent peer relationships require more trust; thus, there is a greater commitment and allegiance to their peer group. Increased group cohesion also serves to create a sense of interpersonal safety and protection. When youth have several good friends who remain loyal through “thick and thin,” they feel more secure and confident in their social support system.Close friendships tend to develop because they have similar interests, attitudes,values, activities and cultural backgrounds. These friendships also tend to be based on educational interests. Especially for girls, close, intimate, conversations with friends help to define their sense of who they are . Boys are more likely to have a group of friends who share common  activities and interests rather than personal sharing.

However, the increased loyalty and cohesion that is characteristic of adolescent peer groups can lead to several problems, particularly in the early and middle adolescent years. Gangs may form and some children will inevitably be excluded. This kind of rejection is often very painful, particularly for very sensitive children. “Another problem associated with adolescent peer groups is these groups can lead to bullying situations (link to Bullying). This may occur when there is a difference in the amounts of power between groups or between group members.  This difference in power may include physical, mental, social, or financial power.

By late adolescence peer groups may resemble a close-knit, second family and may provide youth with a large portion, if not most, of their emotional support. This may be especially true if young people stay apart from their families because of college or work

In summary, during adolescence the number of close friendships decline, but the quality of these relationships becomes more vulnerable, trusting, and intimate. Meanwhile, the number of casual friends  continues to rise, as youths’ social networks expand due to sophisticated communication technologies, new recreational and social activities, new educational experiences, and employment.

The shift to male-female and sexual relationships is influenced by sexual interest and by social and cultural influences and expectations. Social and cultural expectations and behaviors in male-female or sexual relationships are learned from observations and practice. During adolescence, developmental tasks include struggles to gain control over sexual and aggressive urges. Discovering possible or actual love relationships also occurs. Biological differences, and differences in the ways males and females socialize, set the stage for males and females to have different expectations of sexual and love relationships. These may influence sexual experiences and may also have consequences for later sexual behavior and partnerships. In time, having a mutually satisfying sexual partnership within a love relationship may be found.

Why does sexuality matter?

A person’s sexuality determines whom they feel romantic or sexual attraction toward. People may feel that labeling their sexuality helps them deal with any oppression or difficulties they face. It may also help them find a community in which they can share their experiences.

A person’s sexuality, or sexual orientation, determines whom they do, or do not, feel attraction toward. This attraction is typically sexual or romantic.

Sexual attraction typically describes a person’s desire to have sex or form a sexual relationship with other people. It also often describes physical attraction, or lack thereof, toward others.

There are a lot of sexual orientations, and people who identify with one or more may find that their sexuality changes over time. This is perfectly normal — a person’s orientation can be fluid. 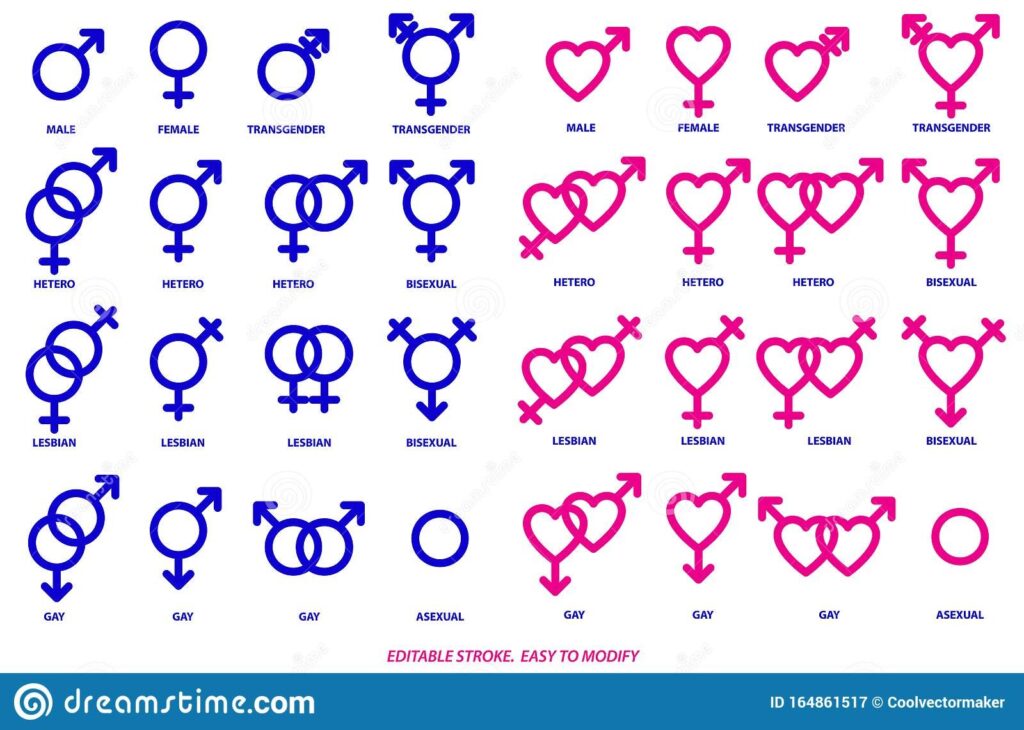 There are different kinds of sexual orientation. For example, a person may be:

Many people discover more about their sexual orientation over time. For example, some girls are attracted to boys in high school, then find later on that they are more attracted, romantically and sexually, to members of their own gender.

How do people find out their sexual orientation?

Many people first become aware of their orientation during the preteen and teen years. For example, it’s common to experience one’s first romantic feelings in early puberty, by being attracted to someone at school.

One of the developmental tasks of adolescence is to separate from one’s family as one becomes an independent young adult. A part of this process is coming to terms with specific feelings about one’s family. During adolescence, teens start to realize that their parents and key authority figures don’t know everything or have solutions to all types of struggles. Some teen rebellion against parents is common and normal. Over time, disagreements often decrease. As adolescents become more independent from their parents, they are more likely to turn to their peers for advice.

As youths’ peer relationships take on more importance, less time is available to spend with  family members. Lack of time isn’t the only reason for this shift away from family; Cognitive development enables youth to better understand and anticipate the wants, needs, and feelings of their peers. This increased mental and emotional maturity means that adolescents are now better able to offer genuine emotional support and comfort to each other, as well as sensible advice. Thus, the family is no longer the only source of social support.

During early and middle adolescent years, there is usually more frequent conflict between teens and their parents. Often, this is because youth are trying to assert their individuality and are exercising their independence. Youth may rebel against their parents’ rules and values as part of their identity development process. Sometimes youth openly defy these rules and values, while at other times they do so in private. They may be reluctant to discuss certain topics with their parents when they are afraid that such a discussion will get them into trouble.

Sometimes youth avoid conversations with their parents because they believe their parents won’t understand or anticipate that their worries and concerns won’t be taken seriously enough. Still, most parents would prefer their children to turn to them in times of trouble. Parents can increase the likelihood of this by making every effort to carefully listen to their teens’ feelings, before jumping in with solutions, or “layin’ down the law.” Moreover, parents should guard against trivializing the concerns of their teen.

Usually parents’ best approach is to guide their teen to develop their own solution, even if the solution they select is not the most optimal alternative. Such an approach enables teens to practice independent decision-making while still benefiting from the wisdom parents can offer. When parents remain sensitive to these issues, it increases the likelihood that teens will discuss important problems with their parents.

The conflict between parents and youth declines for several reasons. First, parents’ roles change during late adolescence as they are no longer required to be the rule enforcer, or disciplinarian: Their more mature teens are now better able to police themselves. Second, because of their greater cognitive and emotional maturity, youth are simply better able to have more mature relationships with everyone, including their parents. As adolescents transition into adulthood, parents can begin to enjoy a friendlier and more peer-like relationship with their almost-adult children.

The conflict between parents and youth declines for several reasons. First, parents’ roles change during late adolescence as they are no longer required to be the rule enforcer, or disciplinarian: Their more mature teens are now better able to police themselves. Second, because of their greater cognitive and emotional maturity, youth are simply better able to have more mature relationships with everyone, including their parents. As adolescents transition into adulthood, parents can begin to enjoy a friendlier and more peer-like relationship with their almost-adult children.